Are you looking to make things actually HAPPEN in your life?

Have you set a list of goals with good intentions and realized that nothing has changed yet? Or maybe all you know is that you are unhappy with the way that you are, and want to make some changes. Take it from someone who’s been there, done that, and can show you how to overcome the difficulties in your path, so you can gain the confidence and happiness from reaching goals you thought were impossible, and becoming someone you thought you couldn’t be. 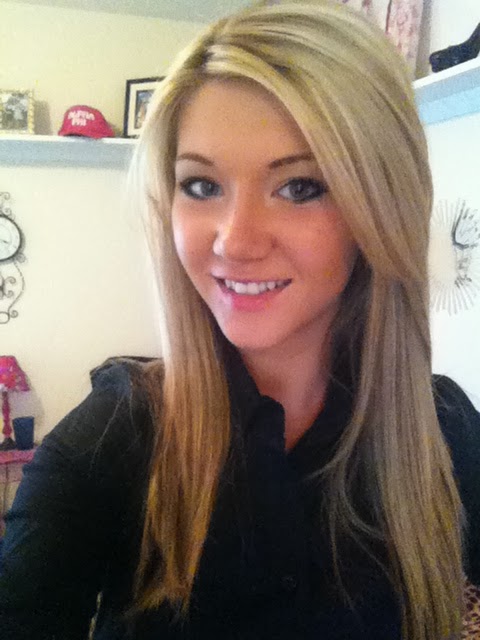 I just recently moved from Washington state to Florida with my family to pursue a better life. In Washington, I was working at Hooters, had been going to college and was in a sorority, basically partying my butt off and having the time of my life. I didn’t really know what I wanted to major in, but I didn’t really want to think about it because that meant facing some big uncomfortable decisions. So I just let each day pass by and enjoyed the little things, like bonding with my sorority sisters, eating junk food and drinking beer, and being young and irresponsible.

Then I met my boyfriend. His name is Eric, and we met while I was at promo for Hooters at the county fair. He had just moved back to Washington from California, and impressed me with his Alpha Male demeanor and his dedicated personality. He really stood out from all the frat guys and football players I had been talking to over the year before, and after only two or three dates we were “Facebook Official.” He was the primary reason why my life changed, and when I first started noticing it, I resented it. He didn’t approve of me partying and not having a real life plan set up, and I thought he was just being over-protective. After several months of adjusting to the girlfriend life, I found myself really caring about myself more, and respecting myself so much more than I ever had.

I had always been the typical “skinny fat.” I weighed 125lbs, but I had larger thighs (which I HATED), and was gaining fat in my midsection and on my face. I would go to the gym every day during the week and run for 30 minutes on the treadmill, then come home and eat a salad, but I wasn’t seeing the results that I wanted. I eventually figured that the lean, hot body wasn’t in the cards for me.

Then I started learning all about nutrition, weight training, self-development, and goal-setting from Eric. He introduced me to weight training and showed me how it can change a female body from a 5 to a 10. He also introduced me to self development gurus who helped my mental attitude make a turnaround. After adopting this new lifestyle and learning the secret to a lean body, I eventually got rid of everything negative in my life, like excessive partying and drinking, no-good friends, gossip, and unhealthy foods, and saw my happiness and positivity soar.

When my family decided to move to Florida, Eric and I wanted the chance to really purify our lives and get rid of any old friends that were holding us back and the old habits we still had, so we figured a new environment by the beach was the best way take that final step into the life we want. We’re here now, and not a day goes by when I’m not thankful that we made that decision 🙂

We continue to keep setting higher goals for ourselves, and with the help of various sources, we are on a successful journey.

2 thoughts on “About Fitness Fantasy”

Hi! My name is Camille and I'm 21 years old. I've been a fitness junkie ever since I was introduced to the world of weight lifting a couple years ago. I live for learning new things about nutrition and working out, and my biggest passion is sharing all the information I have with others, so that they can reach their own goals in all areas of self-improvement. Thanks for sticking around! If you want to learn effective workouts, get nutrition advice, and get motivation to get your butt to the gym, follow me on Instagram and SUBSCRIBE!!